Blockchain bricks and crypto cathedrals: a breakdown of the key terms 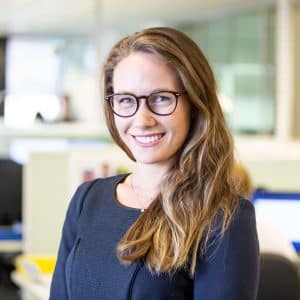 There’s a saying in improv: “Bring a brick, not a cathedral”.

While improv and the wonderful world of crypto aren’t comparable, the saying is a good reminder that you don’t need to “know it all” to participate in the crypto conversation.

Talk of “blockchain” and “cryptos” isn’t new, but the voices are becoming more mainstream and credible.  What was once thought of as a dangerous, scam-ridden fad is now being taken on by banks and governments around the world.  And, while it may not yet be clear just how blockchain technology and its various applications will become part of our day-to-day lives, its various applications and the infrastructure being built to facilitate it will become ubiquitous in the coming years.

The message?  Get on board.  The problem?  It’s complex and the terminology is inconsistent.  So, we thought it would be helpful to provide a breakdown of some of the key terms and concepts (the bricks) to help you piece together a framework (the cathedral) to engage in the conversation.

A “blockchain” is a distributed digital ledger.  And what is a ledger?  In its most basic form, a ledger is a system of recording information.

A blockchain is essentially a digital system which records information, such as data and transaction records, that is added to and verified by the computers participating in that blockchain’s network and which cannot be changed.  There is not one central source and the blockchain transaction history can be accessed and seen by each participating computer.  Each time new data is added to the ledger (that is, each time a new block is added to the chain) it is time stamped and digitally signed, making it transparent and verifiable.  Think of it as a massive spreadsheet into which several people can input data (as long as they have the access key) in accordance with pre-agreed rules, with every input requiring acceptance.  Once an input is agreed to, it cannot be altered (although new inputs that add to the existing spreadsheet can of course be made).  So, you don’t need to go through a ‘trusted’ central source like a bank: a blockchain doesn’t trust, it verifies.

The beauty of a digital decentralised ledger is that it creates a true record of transactions which is extremely difficult, if not impossible, to change.  This removes the need for trusted central parties or intermediaries, such as banks.

The terms ‘digital assets’, ‘virtual assets’, ‘cryptotokens’ and ‘cryptocurrency’ are all used interchangeably.  For the purpose of this article, we will refer to them as “cryptotokens”.

You will have heard names of various cryptotokens bandied about – for example Bitcoin, Ethereum, Dogecoin, Litecoin and Stellar.  But what are they?  Is a cryptotoken just like digital money?  Is it an investment product?  A digital representation of artwork?  Or is it something else entirely?

What is a smart contract?

A “smart contract” is not actually a contract at all – rather, it’s a set of rules coded into a blockchain which self-executes (recall above that different blockchains, including Ethereum, enable a “record” in that ledger to be coded).

Smart contracts are essentially programmed, self-executing promises that can be used between participants on a blockchain.

What is a stablecoin?

A stablecoin is a type of cryptotoken with an inbuilt mechanism to keep its value stable.  Different stablecoins use different mechanisms to do this.  For example, some attempt to peg their market value to physical assets, such as USD, AUD or gold, that are held by the issuer of that stablecoin.  These types of stablecoin are often referred to as collateralised stablecoins.  Other stablecoins seek to maintain their value by building in an algorithm which automatically “mints” and “burns” coins based on supply and demand.

Stablecoins are popular and play an important role in reducing volatility, but give rise to a number of legal considerations.  Their legal treatment will largely depend on (among other things):

Regulators are also wary of representations made in relation to the ability to redeem stablecoins and the credibility of the custodian.

Firstly, let’s deal with the word “fungible”.  If a thing is fungible, it is interchangeable.

For example, if we both had a $100 note and decided to swap those notes, neither of us would mind.  The value of the $100 wouldn’t change and we could both use our swapped note without any change.  Those $100 notes are fungible.

However, if we then both used that $100 note to purchase a piece of artwork from our favourite street artist for $100 a pop, the exchange of our newly acquired artwork wouldn’t be as straight forward.  Our newly acquired art is unique and would not be interchangeable and is therefore non-fungible.

An NFT is like a digital version – or more accurately, a record of ownership – of that unique artwork.  They have a uniqueness and scarcity value which means that ownership of that particular NFT becomes important.  They play an interesting role in the digital landscape and bring traditional concepts like “limited editions” and intellectual property rights into the blockchain arena.

For a slightly more humorous take on NFTs, Saturday Night Live’s skit did a great job at explaining “what the hell’s an NFT” – it’s worth a watch!

A Decentralised Autonomous Organisation is an “entity” native to blockchain without any central leadership.  In essence, it is collection of participating members (cryptotoken holders) acting in concert in accordance with rules coded into the blockchain (think of this like a company’s constitution), and making decisions and taking actions in accordance with smart contracts.

In concept, a DAO is similar to a partnership, where thousands of people are coordinating resources and making decisions in accordance with smart contracts.  How regulators around the world grapple with DAOs will be interesting; while they are similar in concept to a partnership or an unincorporated association, the question of liability is a tricky one.  For example, how can you hold thousands of geographically diverse members accountable for the decision made by the DAO, particularly if only 51 per cent of the members voted in favour of the offending decision?

DeFi – or decentralised finance – is basically the digital version of traditional banking and finance using blockchain for basic banking functions including, for example, lending cryptotokens, and accepting deposits and paying interest on cryptotokens. Staking is a term frequently used in the world of DeFi, and is similar to depositing money (cryptotokens) with the bank in order to earn interest.

However, rather than there being the one central bank, there is a distributed set of computers following the rules coded into the relevant blockchain.

The DeFi industry is already an $80 billion market and, from what we understand, is growing rapidly.

How is all of this regulated in Australia?

At the moment, activity relating to blockchain and cryptotokens is not thoroughly or consistently regulated.  Like with most new innovations, it is regulated insofar as it fits into existing regimes, including the AML/CTF regime, Financial Services Regime and Consumer Protection regime.

Digital currency exchanges are required to comply with the anti-money laundering regime.  This means that an exchange needs to “identify and verify” a customer’s identity, and rate the risk of that customer using the exchange to launder money or finance terrorism before it provides its services to the customer.  Exchanges also need to monitor customers’ ongoing transactions for any “red flags”.

There is no single test as to when a cryptotoken is a financial product.  Cryptotokens can generally be separated into two broad categories:

If a cryptotoken is a financial product under the Act, there are a range of licensing, disclosure and registration obligations that will apply to anyone who is issuing, selling, promoting, advising on or otherwise dealing in them.

The consumer protection laws that apply to all businesses under the Competition and Consumer Act 2010 (Cth), which includes the Australian Consumer Law also apply to cryptocurrency businesses.  This includes the prohibition against misleading and deceptive conduct and false representations.

What’s next for regulation?

There is a race between a number of countries to attract blockchain and crypto businesses, which includes establishing regulation that is fit for purpose and strikes the right balance between encouraging innovation, providing certainty for investors and protecting consumers.

For Australia’s part, there was a Senate Select Committee on Australia as a Technology and Financial Centre last year to look into how Australia should regulate cryptotokens and other uses of blockchain technology.  Holley Nethercote was asked to appear before the Committee to expand on our previous written submission to the Committee’s Third Issues Paper on the topic (the submissions to the Senate Committee and the full transcript of the Senate hearing are both publicly available).  As a result of the enquiry, the Government has said it plans to consult on and implement a licensing framework for digital currency exchanges, and a custody or depository regime for businesses that hold crypto assets, by the end of 2022.  Of course, this could all change with a change of government.

If you think this article has been written in a foreign language, don’t despair.  You will become familiar with the new terminology and concepts over time as the blockchain revolution changes the way we do things, and the digital world becomes regulated and continues to permeate the everyday.  Anybody remember cash?

ASIC cracks down on financial advisers and licensees