Directors duties of a responsibility entity 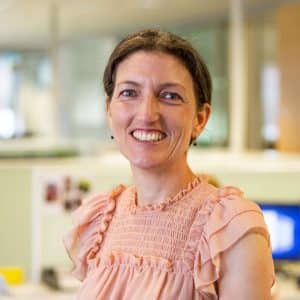 Need a hand with understanding your duties as director of a responsible entity? Check out this case that made it all the way to the High Court.

ASIC was concerned that APCH had breached section 601GC of the Corporations Act 2001, which allows a responsible entity to change its constitution only if the members agree to the change or if the change will not adversely affect members’ rights. It also argued that the directors of APCH had breached their duties set out in section 601FD.

As APCH was insolvent, ASIC took action personally against each of the directors.

So what happened? Could this be you?

The board wanted to amend the constitution to insert some additional fees payable to APCH. APCH, one of the directors and his family (who owned all of the equity in APCH) stood to make a significant gain from the amendments.

The board sought legal advice as to whether the change was permissible. The advice suggested it might be possible but the position was not certain.

The board passed a resolution to amend the constitution, spending only 10 or 15 minutes considering the matter at the relevant meeting.

The following month, the board prepared a deed making the amendments and lodged the amended constitution with ASIC.

In an embarrassing twist, ASIC started legal proceedings too late to be able to tackle the resolution to change the constitution. Instead, its proceedings had to focus on the later meeting, at which the board agreed to lodge the amended constitution with ASIC.

This did not stop a single judge in the Federal Court from finding that the directors had breached various duties when they made the resolution to lodge the amended constitution.

However, the directors appealed the case to the Full Federal Court, which found that the resolution to lodge the amended constitution did not require the directors to turn their minds to whether the amendment was lawful and proper.

The case then made its way to the High Court. The High Court found that the original Federal Court decision should be largely restored. A large part of its reasoning was based on the view that the decision to lodge the amended constitution with ASIC was still subject to directors’ duties under section 601FD (even though the decision to amend the constitution had been made previously).

The matter was remitted to the Full Federal Court for a decision on disqualification periods and penalties for the directors.

Here’s what you need to know to avoid ending up where these directors did.

When amending the scheme’s constitution on the basis that the change will not adversely affect members’ rights, the term “rights” needs to be read broadly. The High Court said to think of it more like “interests”.

The Court found that the directors had breached their duty to exercise reasonable care and diligence. To avoid this happening to you when you amend the constitution or lodge the amended constitution with ASIC, you should:

To address the uncertainty of equivocal legal advice, get:

Improper use of position

Your duty not to make improper use of your position requires you to think about:

If the purpose of a resolution is to give an advantage to the responsible entity, you are in trouble.

Compliance with the law

When considering amending the constitution, make sure your actions ensure that the responsible entity complies with the requirements in the Act and the constitution itself.

Where to from here?

Navigating this and other areas of financial services law is hard. For more information about your obligations as a director or about the obligations of the responsible entity itself, contact us.