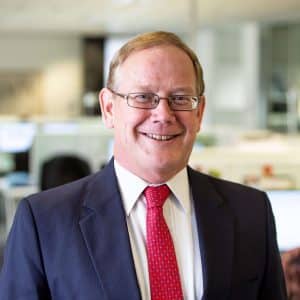 On October 30, 2017, the Australian Parliament enacted amendments to the Goods and Services Tax (“GST”) treatment of transactions involving digital currencies like Bitcoin to treat digital currencies like money for GST purposes.  The legislation (Treasury Laws Amendment (2017 Measures No. 6) Act 2017) fulfils a Budget commitment of the government and has retrospective effect from July 1, 2017.

Australian GST legislation provides that a supply of money is not, in general, a supply attracting GST.  This means that a person paying consideration for goods or services in money (including Australian currency or foreign currency) is not, in general, liable for GST on the supply of the money.  Money is treated in this way because it is usually a medium of exchange that is not consumed and GST is intended to apply tax to final private consumption.

But if money is supplied as consideration for another supply of money (e.g. debt trading), it is treated as a supply for GST purposes and it will generally be an input taxed financial supply (A New Tax System (Goods and Services Tax) Act 1999 (“GST Act”) section 50-5 and item 9 of the table in sub-regulation 40-5.09(3) of the GST Regulations).

The Commissioner of Taxation considered that Bitcoin was not money for the purposes of the GST law; in particular it was not currency like Australian or foreign currency issued by a government (Goods and Services Tax Ruling GSTR 2014/3).

Definition of a Digital Currency for GST Purposes

The definition is as follows:
digital currency means digital units of value that:

(a)  are designed to be fungible; and
(b)  can be provided as *consideration for a supply; and
(c)  are generally available to members of the public without any substantial restrictions on their use as consideration; and
(d)  are not denominated in any country’s currency; and
(e)  do not have a value that depends on, or is derived from, the value of anything else; and
(f)  do not give an entitlement to receive, or to direct the supply of, a particular thing or things, unless the entitlement is incidental to:

but does not include:

(g)  *money; or
(h)  a thing that, if supplied, would be a *financial supply for a reason other than being a supply of one or more digital units of value to which paragraphs (a) to (f) apply.

Some key points about this definition are worth noting:

A Worked Example of GST treatment of a Digital Currency

In this case, the supply by Ozco would not be a taxable supply and input tax credits would not generally be available for any related acquisitions Ozco may have made.

David’s supply of digital currency to Loretta’s Bakery is not considered a supply for the purposes of GST (although in this case it does not matter as David is not registered or required to be registered for GST).

The general rules in the GST law apply to the supply of the coffee and donut by Loretta’s Bakery—the fact that the consideration was digital currency does not change the outcome. If the supply is a taxable supply, Loretta’s Bakery must remit 1/11th of the consideration provided by David in relation to the supply (i.e., an amount of money equivalent in value to one Ozcoin in Australian dollars) to the Commissioner as GST.

All of these outcomes would be the same if David had instead acquired the coffee and donut with Australian currency.

The amendments should remove any disincentive from the application of Australian GST to acquiring and using common digital currencies like Bitcoin, Ether, Litecoin and Ripple instead of money (including Australian or foreign currency) to pay for goods or services.  But digital currency exchange businesses and purchasers and users of digital value tokens will need to be careful that the particular tokens they are using come within the definition of “digital currency” in the GST legislation and do not, for example, give other rights and benefits so that the value of the token is derived from more than its ability to be used as consideration.

This article was first published in the November 2017 edition of the Bloomberg, BNA, Tax Planning International Indirect Taxes journal.